The Housing Recovery: Is this the Year?

Over the co urse of the past two issues, I have written about the promising indicators in both the multifamily and vacation home markets. Given that housing accounts for one third of the volume in our industry, it is useful to review the overall housing market, and ask the question: Is this the year that housing makes a real recovery?

I am betting it is, which is a bet on an emerging optimism that has been sadly lacking since the housing bubble burst in 2006.

First and foremost, houses are now a good deal. Housing is the most affordable it has been in decades, according to Moody’s Analytics. In studying the relationship between house prices and incomes, Moody’s found that nationally, the cost of a house is the equivalent of about 19 months of total pay for an average family, the lowest level in 35 years. Prices usually average close to two years of pay, although that varies around the country. 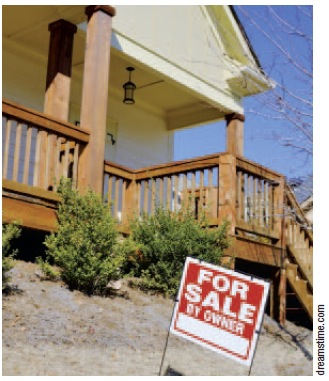 The average home costs 19 months of pay, the lowest level in 35 years.

At the peak, midway through the last decade, a home in Los Angeles cost the equivalent of 4.5 years of pay. The average price has since fallen to just over two years now, well below its pre-bubble average of 2.6 years. This means average Los Angeles homes are cheaper in real terms than they were typically from 1989-2003. To properly mark a recovery, affordability will drive homes sales.

While this is encouraging, is the timing right? Some analysts believe prices might dip as much as an additional 5% in certain markets this year, but clearly that marks a bottom. In the overall scheme of things, that is a small amount considering that in some markets, home prices have fallen by one-half or more since 2006.

Cash is king
Another positive sign the market is nearing a trough is the inevitable indicator of a bottom: Investors have started to buy up houses and condos, in some instances paying entirely in cash. That is a far cry from the days when borrowed money was the key to riches. The bubble-era speculators who got burned tended to buy at the peak and borrowed heavily to do so. When the crash came, their wealth was erased.

Looking at Miami again, last year more than half of all transactions were entirely cash, compared with 13% of deals in the last quarter of 2006, the height of the bubble. Similarly, 42% of all sales in Phoenix in 2010 were allcash, up three-fold since 2008.

This clearly signals that investors are betting on a rebound. Historically, smart investors are typically bottomfeeders, and they are finding deals buying at current prices.

I don’t know how you can get hurt buying at this point in the cycle. An exception might be the most volatile markets where a bottom may be more difficult to call. But across most of the country, the steamy air in bubble-era values has evaporated, and houses have not been this affordable in a very long time.

But one note of caution: Expect housing to go back to its traditional roots as a form of shelter, not a slot machine for cashing out phantom equity. While I am betting that the worst of the housing crash might be over, the fast gains of 2005-06 won’t be back anytime soon. More cash sales means stability has returned.