Sally will Save Us

The Millennials promise to jumpstart housing and the overall economy.

ONE TRUISM THAT  came under the magnifying glass during the Great Recession in the construction industry is the stark relationship between jobs, household formations, and housing. While milder recessions have demonstrated the interaction of these three metrics, the Great Recession’s severity brought these interrelationships into much sharper focus. Here is how it works: 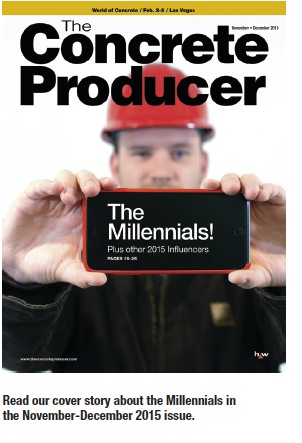 Sally the Millennial lives in her parents’ house since she graduated from college, maybe even in the bedroom in which she grew up. She has been jobsearching for a couple of years, and finally gets employed. Feeling better about her finances and a better economy, she moves in with her pal Jane, who also has recently become employed, or maybe with Bill, her boyfriend. Hence, a new household is formed. As Sally’s career advances and her finances stabilize, she may get married and/or buy a home.

But despite very strong job growth, near all-time high consumer sentiment, and the cheap gasoline dividend, household formations have lagged, and new single-family home ownership rates are still at a 30-year low. Leading into and during the trough of the recession years, 2006 to 2011, about 550,000 net new households were formed per year, compared with 1.35 million per year over the previous five years, which was far lower than in any other period over the last 40 years. But the number of households stood at 117.35 million for the third quarter of 2015, which is 1.45 million higher than a year ago. Growth in household formations spurs rental housing demand first, and ultimately, home sales.

Back to Sally, the housing industry is bullish on the impact she and her fellow Millennials will have on homeownership the next five years. At 83.1 million, Millennials represent more than onequarter of the population, exceeding that of the 75.4 million Baby Boomers. The National Association of Realtors says about 30% of Millennials plan to buy a home within five years, a staggering number that could have a huge impact on housing growth. And almost twice as many Millennial women plan to buy a home within the next six to 10 years compared to men.

Millennials have already broken out into the housing market in a big way. Indeed, the largest group of recent home buyers are from those who were 34 and younger. In 2014, that age group comprised 32% of the market share, while 27% of the market share were 35 to 49 years old. Most interestingly, Millennial buyers represented more than double the amount of Baby Boomer buyers.

The expanding employment picture bodes well for the pent-up demand that exists among Millennials to form new households, and ultimately buy a home.